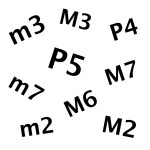 Majors Scale Explore takes a tool that is available in several of our other apps (including Smart Interval Trainer and Smart Piano Keyboard Interval Trainer) and breaks it out in its own app.

In addition to the Major Scale Explorer we’ve included tutorials that help you understand how the Major scale is built. We’ve even thrown in a tutorial about intervals which we believe are essential to taking your music understanding to the next level.

The following sections describe what’s included in Major Scale Explorer in detail. You can jump strait to the section you’re most interested

It’s one thing to just show the Major scales in all keys but we want you to understand how they are built. We’ve included tutorials that will help you attain that goal. The tutorials included are: 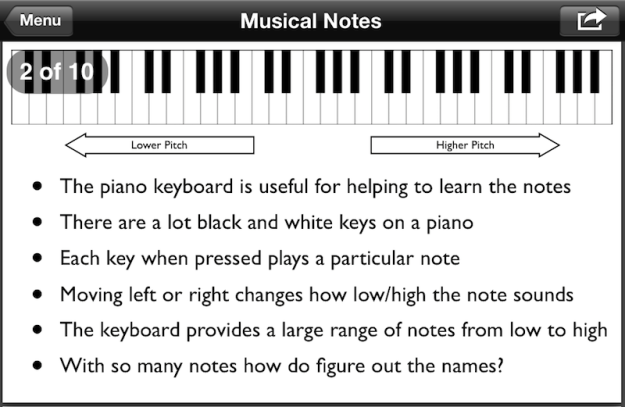 The Major Scale Explorer allows you to see all the major scales displayed on a keyboard. The button on the bottom left allows you to switch between sharp and flat keys. The other buttons let you choose the key you’d like to see. The keys are organized by number of sharps/flats for convenience. “A” Major is displayed in the image below. 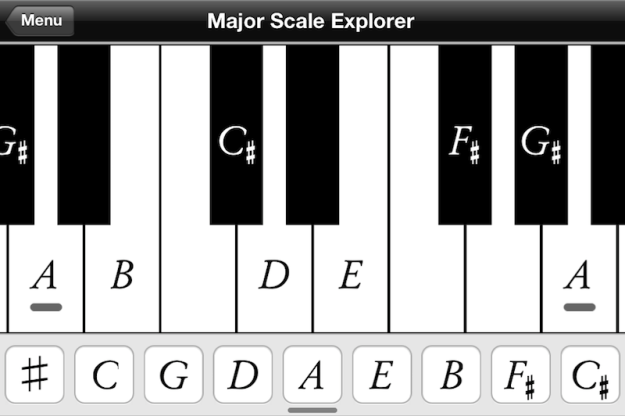